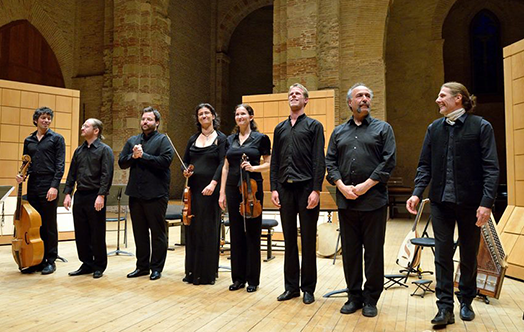 XVIII-21 Le Baroque Nomade aims at finding other kinds of music: music that is exotic or different; music that is listened to in other ways, by different kinds of people. This pursuit sometimes involves restrictions or confrontation. But it also makes way for an encounter, a fundamental, liberating passion.

XVIII-21 has given concerts in France at more than 100 festivals and theatres and in 30 foreign countries as far afield as China, Brazil, Ethiopia and the Middle East. Each time, the encounters have been memorable. With almost 20 albums for labels such as Naïve, K. 617, Evidence Classics..., always highly acclaimed, Le Baroque Nomade is one of the most important French Baroque Ensemble and is supported by the french Ministry of Culture (DRAC Ile-de-France), the Région Ile-de-France and the Département Val de Marne (ADIAM 94). It is also member of PROFEDIM and FEVIS.